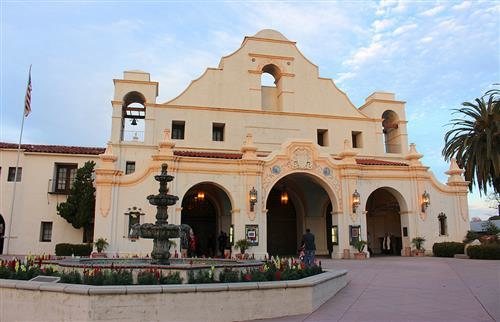 This playhouse, which is also known as the San Gabriel Civic Auditorium, supposedly has underground tunnels that are believed to be haunted. The tunnels were created so the owner, Uncle John, could quickly go from backstage to the foyer. During the Depression, it has been said that the tunnels were used to store dead bodies, and when they became full, the tunnels were sealed shut. During performances, apparitions have been spotted and have appeared on monitors, one being recognized as Uncle John. A former stage managaer and ghostly young girl are also said to haunt the theater.