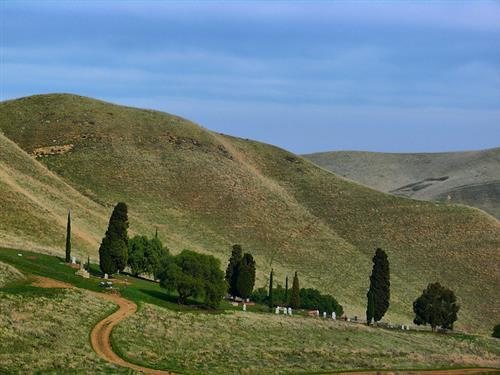 This cemetery originally operated from 1865-1954 and suffered a ton of vandalism between the 1950's and 1970's. People have ran over graves and have stolen gravestones or knocked them off their bases. After being restored, headstones have been discovered and replaced in their proper spots. The grounds are said to be haunted by Sarah, the wife of town founder, Noah Nortan, and a midwife who was thrown from her buggy on the way to a birth. Her apparition has been spotted glowing, as a floating female form, and some have given her the nickname "The White Witch." Also seen at this cemetery is a phantom old-school, horse-drawn hearse. Other strange activity reported here includes floating crosses, bells, cries, laughter, 13 ghostly children, and wind noises when there is no wind.