Check Out What Terror is in Store this Halloween Season at Nightmares Echoes of the Past! 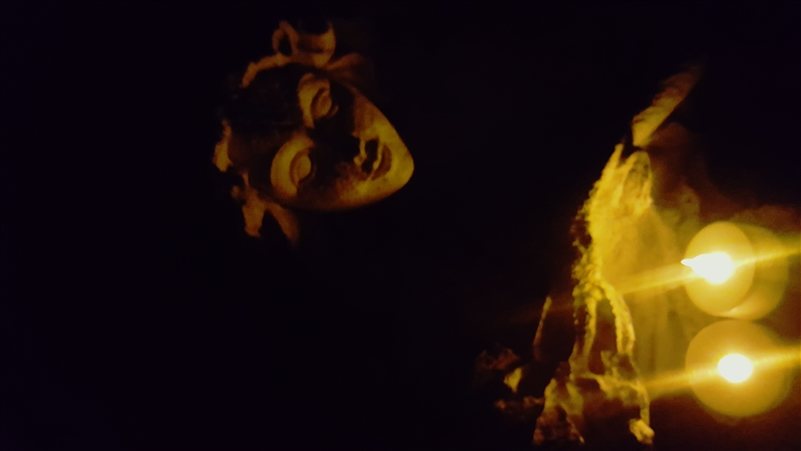 What's new at Nightmares Echoes of the Past for 2016? Do you have any new rides, attractions, or special features that Haunt Seekers should know about?

This is a brand new home haunt that takes you through our yard and takes our guest into the nightmare of a child.

What are you most excited about for the 2016 Halloween Season?

Bringing our family's tradition back, we have not had a home since 2001 back in Monterey Park.

What differentiates Nightmares Echoes of the Past from other local haunts in California?

Nightmares will feature animations not sold in stores and the feel of true halloween as we not just encounter one theme but many fears. Also we have a opening show that brings out the Halloween Spirit and gets our guest in on the fun as well.

Our haunt began in the 1990s, my Uncle Joseph Robledo started off in a yard haunt and it grew into a full Maze in 2001 my senior year of High School. It was located in Monterey Park and was a lot of fun, sadly my Uncles health would take a turn for the worse and 2001 would be the last year of the maze in Monterey Park. He passed away a few years ago and I made a promise before he did that I would bring it back to a new location. So this year we are also paying tribute my uncle who truly got me in the business.

What's your favorite experience since opening Nightmares Echoes of the Past?

We open on Oct. 29th for one night only so excited to see how many people come out and visit.

How long is a typical haunt experience at Nightmares Echoes of the Past from start to finish?

Depends how fast or slow you walk, but the maze is not too long about 3 to 4 minute's. 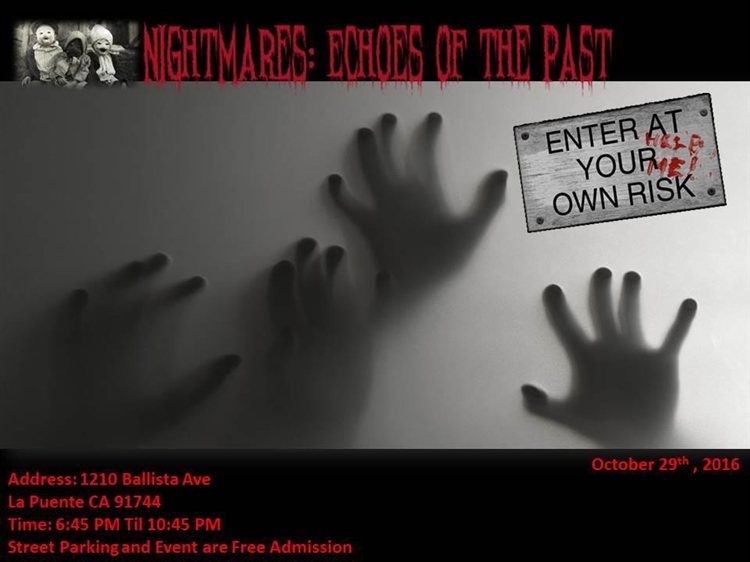 On a scale from 1 to 10, how scary would you say Nightmares Echoes of the Past is? Why?

With reherhearsals and our effects, I say about a 7 on the scare factor as the Maze is designed for ages 13 and up.

Does Nightmares Echoes of the Past's property have any real haunted history? Do you have a spooky encounter you'd like to share?

Yes it does haha, a few years back a family came to the location where the maze is now and asked "hi there sorry we don't mean to be a worry but can we pay our respects, our family dogs 2 of them are buried here in the lawn. So yes there is I guess a Pet Cemetery here.

What inspired you to open up a haunted attraction? What's your favorite part of the business?

My Uncle Joseph Robledo took me to all kinds of Haunts in the 90s, and from High school I have worked in the industry, and so the time seemed right to bring back the tradition this year.

How has new technology (i.e. animatronics, special props, etc) helped you to enhance Nightmares Echoes of the Past?

Of course there are a ton of new effects since the 90s, while we use a few many of our elements are home made by my Technical Director Jim Mora, who has brought our story to life in a new terrifying maze.

We accommodate groups of 10 or less.

Does Nightmares Echoes of the Past offer any special deals, discounts, or coupons?

No need as my Uncle wanted this to be a fun and free event.

Anything else you'd like to let us know about Nightmares Echoes of the Past?

We have an opening show at 6:45pm that will get everyone into the spirit.