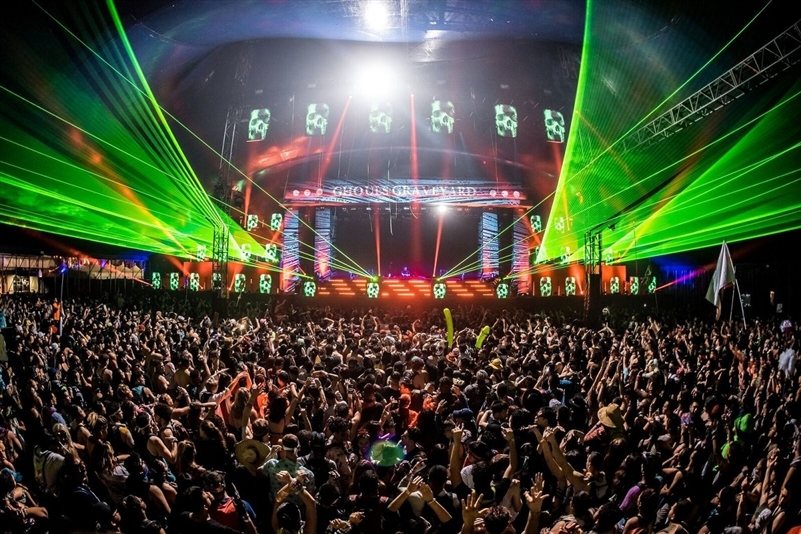 West Hollywood, Calif. - Oct. 23, 2018 - LiveXLive Media, Inc. ("LiveXLive"), a global digital media company focused on live entertainment, today announced that it will livestream "Escape: Psycho Circus" as part of the company's broad genre-leading partnership with festival creator Insomniac Events. The fourth of five Insomniac festivals that LiveXLive will stream this year, "Escape: Psycho Circus" takes place at the NOS Events Center in San Bernardino, CA on Friday, Oct. 26 and Saturday, Oct. 27, the weekend leading up to Halloween. "So stacked it's frightening," the festival features performances by more than 50 artists, including Diplo, Kaskade, Martin Garrix and Galantis.

A Halloween tradition since 2011, Escape 2017 drew an audience of 125,000 music fans. With four stages—Slaughterhouse, Ghouls' Graveyard, Chopping Block, and Cannibal's Tea Party—Escape: Psycho Circus is celebrated for both its musical lineup and over-the-top dedication to frightening festival attendees with nightmarish on-site experiences such as the Asylum, 32,000 square feet of movie-quality set designs and special effects that features 30 distinct environments inhabited by more than 120 costumed performers.

Bringing the best seat in the house to music fans worldwide who can't attend the festival in person, LiveXLive will livestream performances and original content throughout the multi-day festival. The livestream can be accessed at here and through the LiveXLive mobile and OTT apps for iOS, Android, Roku, Amazon Fire TV and Apple TV. The stream will also appear on YouTube, LiveXLive's Twitch channel, and other social platforms. An audio stream will be available on LiveXLive's Slacker radio platform. The start time and livestream lineup will be announced on www.livexlive.com and LiveXLive's social handles and apps.

LiveXLive plans to stream more than 27 music festivals and concerts across the globe featuring over 350 hours of live content during its 2019 fiscal year. Escape: Pyscho Circus will be, by far, the scariest.

About Insomniac Events
Insomniac produces some of the most innovative, immersive music festivals and events in the world. Enhanced by state-of-the-art lighting, pyrotechnics and sound design, large-scale art installations, theatrical performers and next-generation special effects, these events captivate the senses and inspire a unique level of fan interaction. The quality of the experience is the company's top priority.

Throughout its 25-year history, Insomniac has produced more than 2,000 festivals, concerts and club nights for nearly 5 million attendees across the globe. Insomniac's events are held across the globe. The company's premier annual event, Electric Daisy Carnival Las Vegas, is the largest multi-day music festival in North America, and attracts more than 400,000 fans over three days.

The company was founded by Pasquale Rotella and has been based in Los Angeles since it was formed in 1993. In 2013, Insomniac entered into a partnership with global entertainment company Live Nation.