Leonardo Urena of Napa with his winning giant pumpkin
Photo by: Igor Porton

Early this week a new record was set during the 46th annual Safeway Championship Pumpkin Weigh Off in Half Moon Bay, Calif. where a giant pumpkin coming in at 2,175 pounds (986 kilograms) took the record for largest in California.

The owner of the winning pumpkin, Leonardo Urena, 51, of Napa grows pumpkins as a hobby and started out in 2000. This year’s win is not his first. He also won the contest in 2011.

Urena took home $15,000 for logging in the heaviest pumpkin at the contest this week.

So, what’s his secret to growing pumpkins? According to reporting from the AP, “he always tells his pumpkins he’s proud of them and he encourages them to keep growing.” 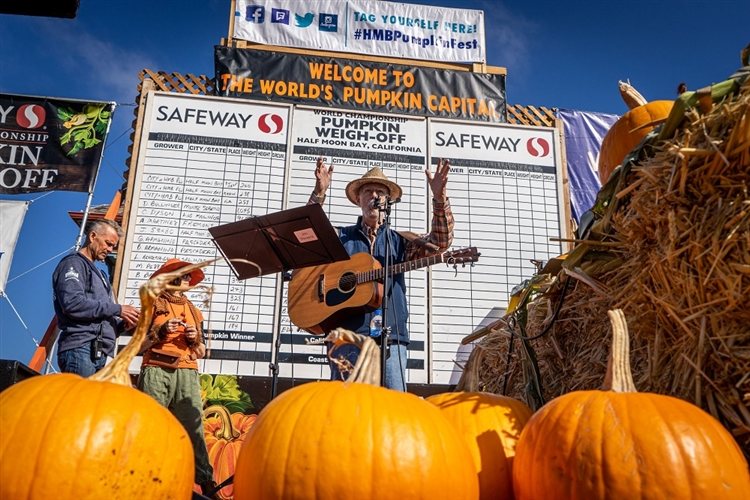